Coronavirus is Traumatizing our Children

Covid-19 is real. It’s no longer something over in Wuhan that we’re seeing shocking headlines about, and thinking “Can you imagine?!” It is here. Everyone is scared and tensions are high. It’s becoming less and less about the physical effects of this flu-like virus. The ability for a “flu-like” comparison, which we can all relate to, and favorable statistics for those in good health and children, is what is helping this almost inevitable illness able to be compartmentalized. And that compartmentalization is making room for what is really scaring all of us. It’s money, it’s food, it’s social unrest, it’s our children.

What do we say to our children? What do they understand? We know that these perceptive little beings, whether old enough, or not, know that something is wrong. Whether through gentle osmosis, or the fact that the news is blasting a death count all day long, Covid-19 will have lasting psychological effects on our children. The government is less focused on our children’s feelings right now, and more on the safety and quarantine of this nation. Is that the priority, yes. But, what is happening could be traumatizing our children.

On Friday, my child started up with a little cough. Nothing out of the two-year-old ordinary. But, just after 11:00PM that night, she woke up coughing, wheezing, crying, and struggling to breathe. My husband brought her into our bed, and my hands shaking began to google. Do I call the pediatrician? What’s their number? Will the on-call service have me call 911 immediately instead of wait one hour for a call back? Is there a coronavirus hotline? Google. Google. What’s 311? Someone said that recently. I don’t know what that is. We didn’t have that in England. Or Connecticut for that matter. I wish they put out commercials on who to call if there’s a symptom. This is a symptom, right? Struggling to breathe? Wheezing? Google. Google. Shaking. I call 911.

The operator picks up. I explain right away what is happening, but that I think it is non-emergent. Now that my daughter is sitting up, and my husband stuck her head out the window, she is catching her breath. She is calming down. Very similar to the bought of croup she had at one year old. I explain that with the virus going on, I wasn’t sure who to call, and if there was advice to follow, or additional signs to look out for. She asked if anyone in my household had been out of the country, and I answered that my husband had returned from England (England, not Italy. England, who still had an open travel channel to the United States at this point) two weeks prior. The operator said they were sending EMS over right away. I asked if it was necessary, if I could just bring her in to get checked out instead? I explained that it was non-emergent, my daughter was improving, and they said it is policy. She said they might be able to give her medicine and we wouldn’t have to leave the house at all, and I thought, okay, that might be more peaceful on her tired little body.

What happened next was anything but peaceful. About 15 minutes later, two large men in the paper versions of hazmat suits came into my home with backpacks of gear. They came into my bedroom and stood over my daughter. There was no bedside manner, they did not even say hello to her. She couldn’t see their faces, just eyes. They did not introduce themselves. They just began asking me questions. The look of fear in my child’s eyes will be burned into my brain. Let me reiterate that this was a non-emergent situation, and I declined EMS care, but had no choice in the matter. My daughter was calm and breathing closer to normal until these two men arrived and the sheer sight of them threw her into another panic. They took out an oxygen mask which she hysterically refused. They said they needed to take her to the hospital. They needed to transport her in the ambulance. We couldn’t take her ourselves as she needed to go to isolation. Every fiber of my motherly instincts knew that this was not right. My husband took her into the living room while I tried to make sense of all this with the two masked men.

I explained and questioned that everything we are seeing shows that children have mild to no symptoms and can have at-home recoveries. And that she was already improving just being upright and staying calm. Could they bring a test to us? I thought they weren’t even testing children due to lack of tests? None of it was making sense. And, after seeing that the two men were not giving us options, my husband offered to take my daughter with them to the hospital while I stayed with the baby. The two men said that we needed to go as a family, meaning wake our sleeping ten-month-old at 11:45PM, as well. We had no symptoms? What was he talking about? This is the part that put me over the edge.

The man advised that if I did not join my husband and toddler, that if they tested positive, they would be isolated from me indefinitely, and that it would be best to go together and be isolated as a family. “Wouldn’t you want to be close to your baby in an incubator?” That sentence was a punch to the gut. We are safe at home with a child with a cold, no fever, no other symptoms, and now men in protective suits want to escort my family of four into an isolation room and put my baby in a Covid-free incubator? WHAT WAS HAPPENING?! I lost it. Hysterical. Frantically googling our legal rights. Why couldn’t they quarantine us at home? Why are they wasting hospital real estate on little old us? What about our new cats? We can’t leave them. If we test positive, would they even allow friends to come in and feed them? Would friends even want to come in and feed them? I was on the edge of a panic attack. I demanded to speak to a boss. A doctor. Anyone.

Thankfully, the two men realized this case needed to be escalated and called their boss. We waited the longest thirty minutes of my life for a decision on our future. One of the men told me that it would be in my best interest to start packing bags while I still had the time. He said that when his boss arrived, things could move rather quickly. Sobbing, I overfilled cat bowls, found my husbands contact solution, packed diapers, etc., while my daughter and husband cheerfully watched Paw Patrol on the living room couch, and the masked men hid in a corner of my bedroom. Thirty minutes later, in walked a breath of fresh air.

Their boss–unmasked, ungloved, ungowned–came in and talked to me like a person. He talked to my daughter like a little girl. He watched as they were finally able to take her vitals which were all COMPLETELY NORMAL. He called the doctor, who I then spoke to, and who then cleared us from having to go to the hospital. We were able to stay home, and were advised to call the pediatrician in the morning. Our daughter snuggled into our bed with us, and we woke from that nightmare, and fell asleep at 1:00AM.

The next morning, I called the pediatrician and they gave us a 9:30AM appointment. I pushed my daughter down the street and appreciated the fresh air and sunshine more than ever. The pediatrician’s office had us both wear masks throughout our entire visit, which obviously frustrated and confused my two-year-old. I did my best to make games with it, to pretend to be her patient, to pretend to be Dr. Anna from Daniel Tiger, but these children know things are different. That things are not right.

Our saga ended with a croup diagnosis. They didn’t even test her for Covid-19. We’re social distancing for the benefit of society, as everyone should, and since her immune system is low from this cold. We’re scared, just like everyone else, but happy to be in our cozy homes, full of food, water, television, and toys. We will take some walks to the park, avoiding park benches and playground equipment. We’ll get some energy out in the open air, feel the grass and the sun. We’ll hope for the best.

But, we need to do better. There is one little “What to tell your kids” cartoon that I’ve seen for older children floating around online. There aren’t trained, kid-friendly EMS responders showing up at my door. There aren’t fun masks, or special treats at the doctor’s office. In fact, they stopped giving out stickers which was probably her saddest moment in the twenty-four hours! She held back tears when she learned that she wouldn’t get a Paw Patrol sticker after being such a good girl with her mask, which led me to get her a giant cardboard castle, and if I could, I would have gotten her a real one. I know that the priority is health, right now, (it has to be!!!!) but I am making a plea for our children. This virus is being kind to the bodies of our children, but we need to make sure it is kind to their minds. 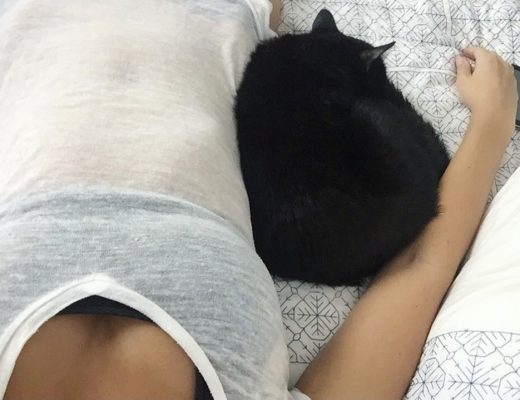 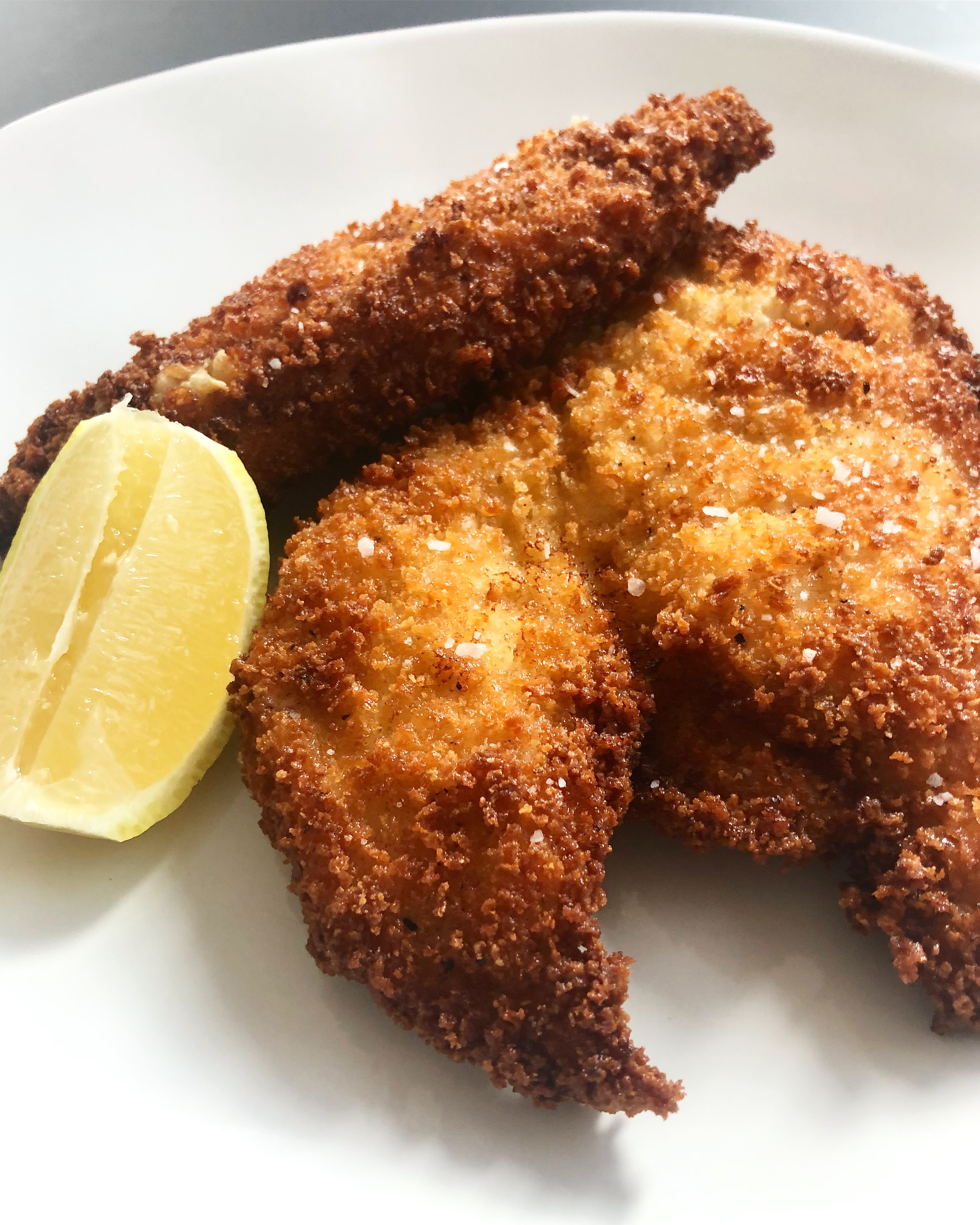 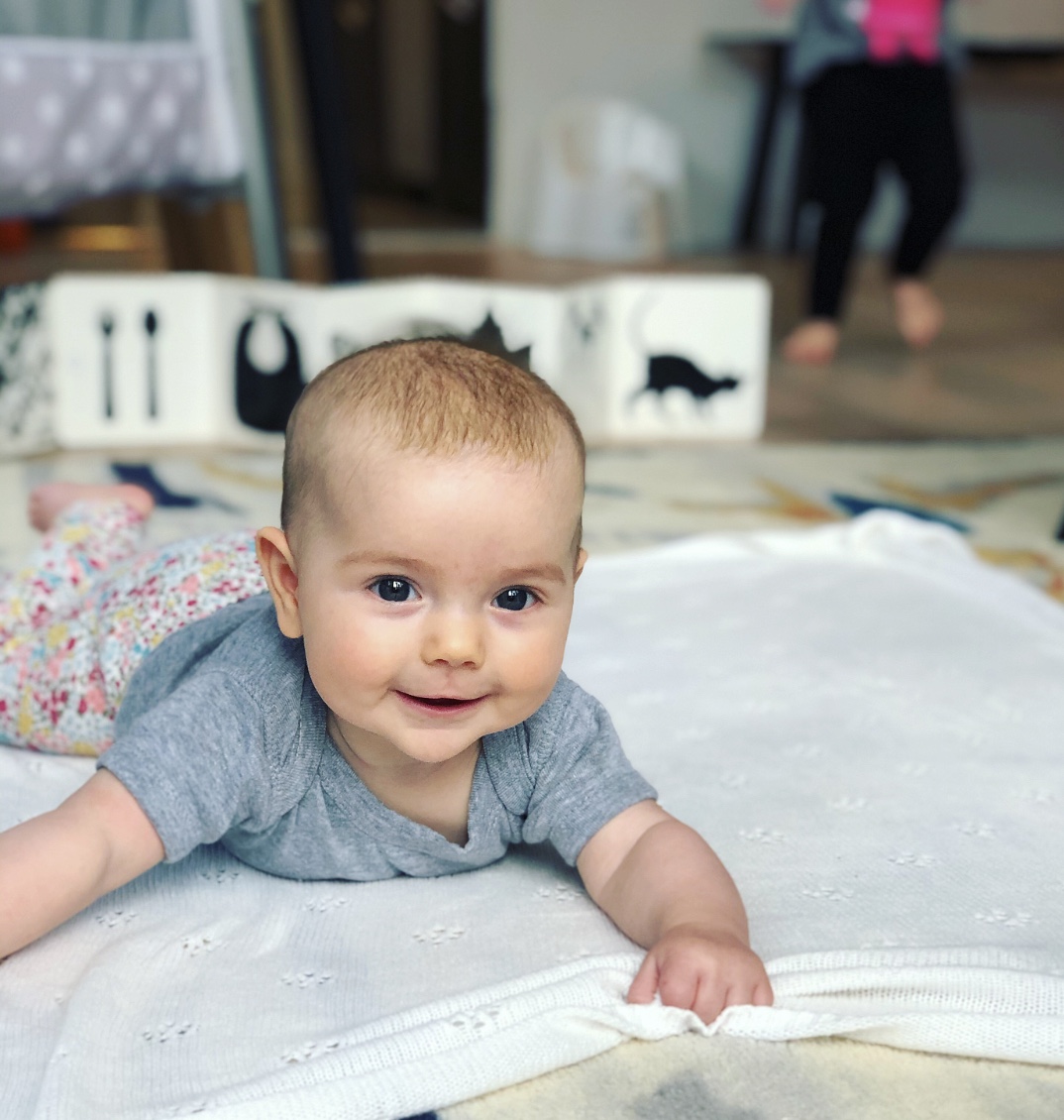 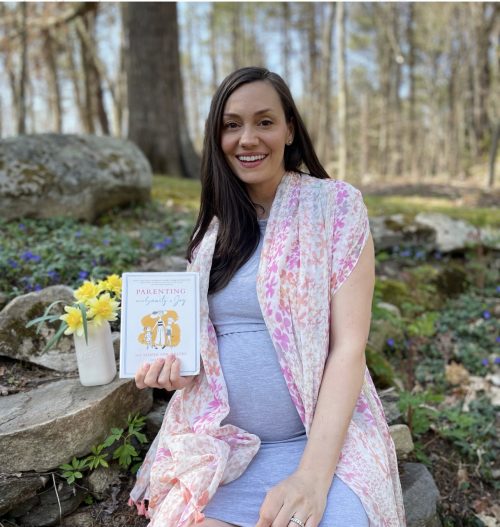 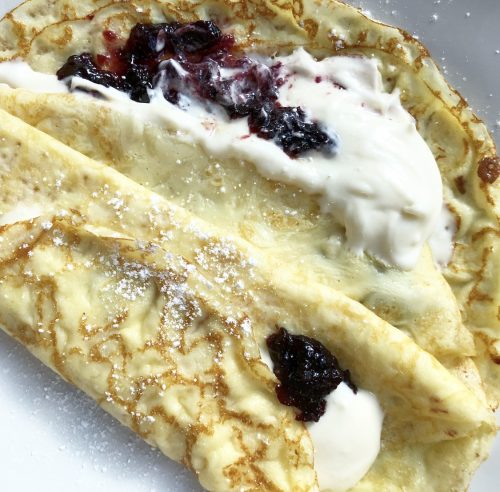 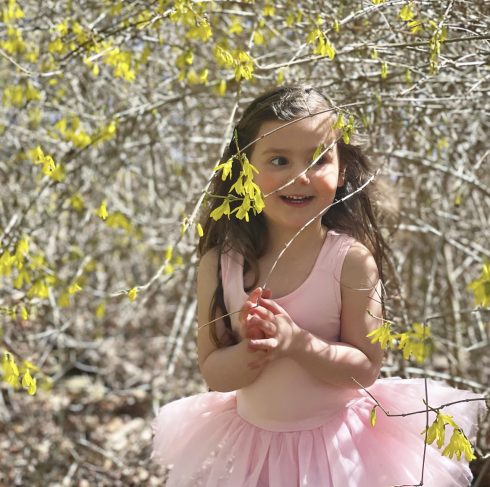 Before summer comes to a close, pull out your peac

It’s been kind of perfect closing out my fourth

Blue eyes + purple hair 💙💜 Do we think they

What does one eat on a week-long trip to Cape Cod?

Pits and Peaks from our trip! ⛰ PITS 🐝 My da

Welp, the sun has set on our first big family vaca

My little golden boy is THREE MONTHS OLD! 😮 An

Holding my family a little tighter today, and thin

Before summer comes to a close, pull out your peac

It’s been kind of perfect closing out my fourth

Blue eyes + purple hair 💙💜 Do we think they

What does one eat on a week-long trip to Cape Cod?

Pits and Peaks from our trip! ⛰ PITS 🐝 My da

Welp, the sun has set on our first big family vaca